Our farm wouldn’t thrive without its people. Meet the team behind your veggies. 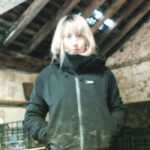 Sam has worked at SCA since February 2017 when she arrived as a volunteer. Originally born in Stroud Sam spent most of her twenties and early thirties living and teaching abroad. In 2016 Sam moved back to Stroud and in 2017 she found herself volunteering on the farm. After two years living and working in a polluted city in South East Asia it was exactly the medicine she needed.

From 2017 – 2020 Sam worked full time at SCA, however over the last two years she has reduced her time at SCA to three days a week to give her time to hold seasonal yoga classes and workshops in/around the Stroud area.

Sam’s role at SCA has evolved, originally she spent five days a week in the fields whereas now she spends her time managing the pack-shed, overseeing the twice weekly harvests and all things admin (on a Wednesday afternoon). Sam enjoys most parts of working at SCA but what she enjoys most is working with people passionate about justice, food and soil. Being part of an organisation that challenges the way humans are supposed to live/work/be is really important to Sam – ‘radical change to our food systems is needed and local, ground-level initiatives such as SCA enable us to do that’. 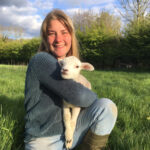 My name is Liis and I joined SCA in September 2021. I work both veg growing and animals. I did my biodynamic apprenticeship before joining the farm and am now enjoying driving tractors, cuddling baby animals and growing beautiful vegetables! 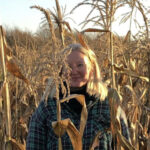 My name is Alex I joined the farm team in May 2022 as seasonal worker and have since been asked to stay on as a more permanent member of the team. Before I moved to SCA I completed a years traineeship at Abbey Home Farm in Cirencester with Head Grower Andy Dibben, after which I stayed on as an employee for another season. Currently at SCA I am working with the team on establishing the newish site at Brentlands where we plan to grow all of our field scale veg next season. We look forward to sharing it with you and hope it will be abundant and fabulous! 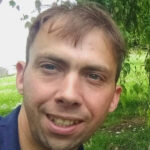 Hi, I am Sebastian and have been connected to the farm for a number of years. I first visited the farm during primary school for farming lessons. When I had my own children we joined the weekly family volunteer days. I have been a member of the farm, enjoyed the produce and especially enjoy the community of people around the farm, coming together for the barn dance, farm fest and many other occasions.

I live locally, work full time in the care sector, have two children who have a strong connection to the farm. I try to dedicate some spare time to help the farm with admin and organising events.

I have been part of the core group since 2021 and feel passionate about SCA as a social enterprise and pioneering sustainable food production. 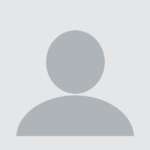 I am Adam and I joined SCA in 2009 not long after moving to Stroud on the recommendation of a friend from Truro in Cornwall. This is my second time of being a member of the Core Group. There is a lot going on, which keeps the role interesting. I have two teenage children and as a family we used to come along to the late summer camps. 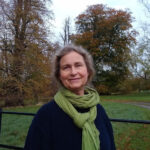 Iris first became a member in 2006 and loved bringing her young family to visit the farm in the magical Hawkwood setting to collect their veg share.  She joined Core Group in October 2021.  She has always been deeply interested in country life and farming.  Brought up on a farm in Yorkshire, lambing in the spring holidays and spud picking in the autumn.  She has an MSc in Sustainable Agriculture and Food Security, and works for the Cotswolds AONB as a farm advisor.  Skills mostly around livestock, understanding the Countryside Stewardship system and farm grants. 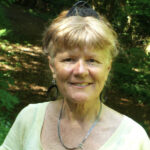 I’ve been supplementing my allotment veg with SCA veg since it began. Over the years along with my family I’ve been on a cow-feeding rota at Christmas, helped put up polytunnels, my partner did member-recruitment stalls and for over a decade, my daughter has been a weekly farm volunteer. Since November 2021 I’ve been in the Core Group. I’d love for more members to be involved in the Farm – to feel a sense of belonging and collective ownership. My skills lie in writing, arty stuff and with people. 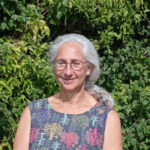 Ruth has been an SCA member for 7 years. A former architect, she joined the Core Group in November 2021. She volunteers regularly and enjoys learning about organic growing. 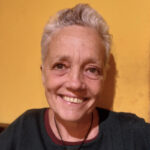 I’m Carol Mathews. I’ve been a member of SCA since it began, being partner of Nick Weir, one of the founding members. Since 2007, I’ve also been working for SCA as Membership Administrator. In this role, I receive new joining forms, get new members set up with their veg share, help members who want a bigger or smaller veg share or when they need to leave and generally maintain our membership database. It’s such a pleasure to support our community farm in this way. I love the seasonality of our veg: my pleasure when the first leeks arrive and then how sick I am of leeks by springtime and then the delight when the leeks end and the summer crops arrive. 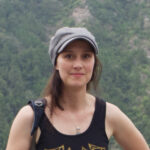 I’m Aleks and I’ve been an SCA member since 2014 (and was on the core group from 2017-2021). I’ve been putting together the SCA quarterly newsletter and looking after the website since mid 2015. This year I took the big task of redesigning the SCA website and this is the result of it. I hope you like it!

I love everything related to veg growing and I try to grow some veg on my allotment (sharing a fair bit with the wildlife). If I’m not at the allotment you will find me in front of my computer drawing pretty pictures and designing things.